Finally science catches up with nature. Here’s all the proof you need that outdoor therapy can cure anxiety.

A dose of nature: doctors prescribe a day in the park for anxiety.

For many patients, like Lauren Huddle, 31, a big dose of Mother Nature is exactly what she needs after a stressful day.

“I have pretty bad anxiety and depression,” said Huddle of Bellingham, Washington. “And I don’t do well with pharmaceuticals, so my husband Nate would actually tell me all the time, ‘just go outside, you’ll feel so much better.’”

And that’s exactly the plan that Lauren and her doctor laid out.

The Huddle’s family physician wrote her a prescription that read: “Five times a week… spend 30 minutes at a park near your home.”

Huddle’s treatment plan is part of a growing field of medicine called “ecotherapy” — nature-based programs and exercises that can help patients cope with mental and physical illnesses.

Instead of prescriptions for more pills, doctors around the country are increasingly prescribing trips to the park for a range of conditions, including anxiety and depression, attention deficit disorder and chronic illness such as diabetes and high blood pressure.

“We work with the doctors, nurses, and health care providers around the country and show them why it’s so relevant to prescribe parks and how easy it is to do, so that they can make it a part of their daily routine,” said Dr. Robert Zarr, medical director of the nonprofit Park RX America and Unity Healthcare, a Washington, D.C. group that coordinates with managers of public lands and over 50 doctors in 11 states. 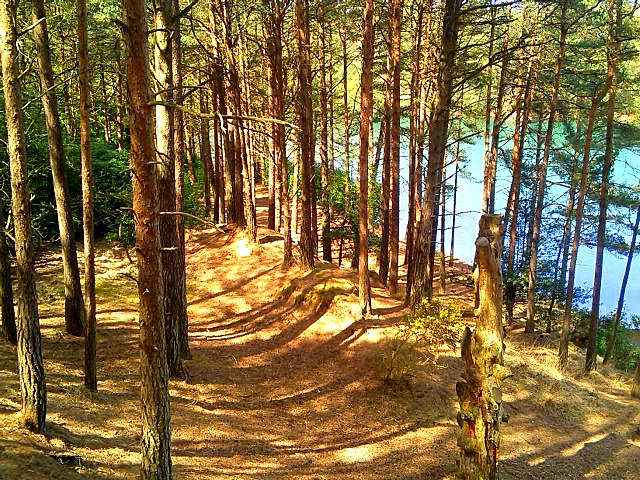 The healing power of nature

There’s plenty of evidence of the healing power of a walk in the woods. “Forest bathing,” a version of the Japanese practice Shinrin-Yoku, is taking off in American as a way to boost happiness and help with insomnia.

And scientists have long studied how going into nature changes the way the brain works.

Researchers at the University of Essex found that 9 out of 10 patient suffering from depression felt “higher self-esteem after a walk through a park.”

Almost three-quarters reported feeling less depressed and the researchers found that people recovered faster from illnesses through an ‘immunizing’ effect that protected them from future stresses.

During ecotherapy, which combines nature walks with therapy sessions and simple exercises, patients are instructed to focus on three key elements:

“We write prescriptions for all kinds of medicines. In addition to that we’re starting to see nature and parks, not just as a place to recreate, but literally as a place to heal yourself,” Zarr said.

Huddle got her prescription just three weeks ago and has already begun to see the positive effects.

“Just going out there, little bit by little bit, I noticed my temperament was better and my anxiety started to greatly decrease,” said Huddle. 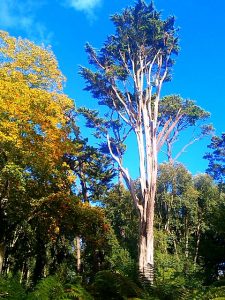 There’s a Japanese export that’s changing the way we think about our world.

But it’s not a flat screen, nor is it a new smartphone, or even a new 4×4. It’s far more wholesome than that.

Forest bathing – the practice of taking time to relax surrounded by lofty woodland – has become one of the hottest new trends for 2017. It comes from the Japanese ‘shinrin-yoku’ which means taking in the forest atmosphere.

The tonic of the outdoors is known to have a huge impact on our health. It’s hard for anyone to doubt the whistle of the breeze, the low rumble of a fallow deer treading by, the gurgle of a falling stream are beneficial to helping us feel relaxed.

But now it’s thought that trees holder a deeper power, one that can totally de-stress us in a way other environments can’t.

“It’s hard for anyone to doubt the whistle of the breeze, the low rumble of a fallow deer treading by, the gurgle of a falling stream are beneficial to helping us feel relaxed.”

The Japanese have one of the world’s longest working weeks. The BBC previously reported that 22% of the Japanese population – a staggering 27 million people – were working more than 49 hours a week.

Outside life in the high-rise office blocks of Toyko, people living on the archipelago have been embracing forest bathing for more than three decades.

The country’s government has officially recognised it as a way for its super-stressed citizens to shake off the worries of life in hectic metropolises.

It’s becoming a huge industry for visitors too. One company based out of Wakayama Prefecture, south of Osaka, is reportedly charging up to £2,500 for eight days of forest bathing respite.

The benefits of forest bathing are said to be far-reaching. Being surrounded by nature and not man-made objects immediately isolates us from the modern world.

The absence of a smartphone, laptop, or the din of thousands of push notifications an hour is relaxing enough. But truly appreciating the environment around you, calmly and without distraction, is said to have numerous benefits.

Alongside that the experience is said to highten friendships with those around you by making memories and strengthening bonds between people.

“It’s an urban reserve which is densely populated by trees, so it’d be ideal.”

The phenomenon is starting to gain traction in the UK, too. Organisations are now looking at how they can jump on the trend and set up their own centres for people to go and relax at. The RSPB is one of those organisations.

A name normally associated with birds and vast swampy reserves, the charity has decided to entertain the idea of forest bathing at one of its sites, for now at least.

“We’re still very much in the planning stages,” Samantha Lyster, who looks after communications for the organisation in the Midlands, told me. “But we’re looking at the Sandwell Valley reserve near Birmingham as a potential location.

The thing about it is that it’s easy accessible by public transport” she continued.

“It’s an urban reserve which is densely populated by trees, so it’d be an ideal place to trial it.”

Set in a triangle between the M6 and M5, the reserve is a stone’s throw from West Bromwich and a little further from Birmingham’s city centre.

The organisation is drawing on the passions and experiences of its staff to set up the project, which will be based in deciduous woodland with a mix of oak, birch, ash and hazel trees, which it says “lend themselves perfectly to the practice.”

The crunch of fallen leaves below your sole, the whistle of the breeze in the branches enough, and the smell of bark invading your senses. It sounds relaxing, for sure.

Some have even suggested forest bathing could be prescribed by the NHS to patients living with depression and anxiety.

In 2014, the Woodland Trust revealed the state could save £2.1bn a year, should it begin to prescribe “the great outdoors” as the treatment for some of the country’s ails.

As we balance our hectic lives in the modern world, short sharp experiences of nature are becoming more popular, allowing us to get away from it all, without being far away from it all.

More than half the world’s population currently lives in urban environments, a figure that’s set to rise to 70% by 2050. We may find that getting some peace and taking ‘downtime’ through activities like forest bathing will become more mainstream as a popular way to relax.

But, what if you can’t get out into nature, are there other simple ways to reduce your anxiety?

Yes, I’ve put together a cheat sheet of five quick ways to end your anxiety and the good news is it’s free.

You probably won’t need all five ways to end your anxiety, you may find one way works best for you. each of the five strategies take about one minute to do and the effects are felt immediately.

Enter your best email address below and I’ll send you a copy straight away.